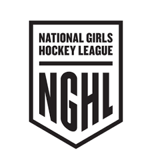 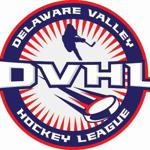 Aston, PA – The Philadelphia Little Flyers, members of the Eastern Hockey League are proud to announce EHL Assistant Captain, Adam Beauvais’ NCAA commitment to further his education and hockey career at SUNY-Brockport.  Beauvais, a 5’10” 170LB 2001 birth-year forward from Macomb, Michigan is in his second season with the Little Flyers EHL team.  During his rookie campaign in the 2020-21 season, Beauvais joined the Little Flyers prior to the roster deadline, appearing in 15 games scoring seven goals and adding seven assists.  “We’re all very proud of Adam and his commitment to SUNY-Brockport.  Getting Adam back after starting the season in the NAHL was a huge spark for our team.  We all know he is one of the most dangerous players in the league with the puck on his stick but his leadership this year has been what stands out to me the most” said Little Flyers Head Coach and General Manager Mark Catron.  He continued “Adam is one of those players that makes everyone around him better, his compete level has been off the charts this season and we’re going to be relying on him heavily heading into the playoffs.  SUNY-Brockport got a good hockey player and a great person in Adam Beauvais, I’m excited to see what happens over the next four years for Adam”.  The Brockport Golden Eagles, members of the State University of New York Athletic Conference (SUNYAC) are led behind the bench by Head coach Brian Dickinson who will enter his 27th season with the Golden Eagles when Beauvais arrives on campus in the Fall of 2022.

“I’m excited to announce my commitment to continue my academic and athletic career at SUNY Brockport. I’d like thank my parents and all of my siblings for always supporting and pushing me to this point in my career. I’d also like to thank my all of my former teammates and coaches for being a part of my hockey journey. I’d also like to thank the Philadelphia Little flyers organization along with Coach Catron and Anthony Lorusso for giving me this opportunity. To my teammates, thank you for being my brothers and pushing me day in and day out. Thank you to Coach Dickinson and Coach Fedele for the opportunity to be an NCAA Student Athlete at Brockport, I’m excited for the next four years as a Golden Eagle” said Beauvais after making his commitment official earlier in the week.

Beauvais started the 2021-22 season in the North American Hockey League (NAHL) with the Danbury Jr. Hat Tricks where he played eight games.  Opting to come home to the Little Flyers in the middle of October to rejoin his teammates, Beauvais has not disappointed.  In 38 regular season games, Beauvais lit the lamp 24 times and added 27 assists to finish the season with 51 points.  Four of Beauvais 24 goals were game winners including two in the final week of the regular season to clinch the South Division for the Little Flyers.  Alongside Vinny Nicosia and Connor MacDonell, the “Michigan” line as they are referred to is one of the most potent lines in the entire EHL.  Beauvais was selected as an EHL All-Star earlier in the season and recently received EHL South Division First Team Honors at the League’s yearly award show.