* Non-Refundable Tryout Fee
* $1,000 deposit, check made payable to "Philadelphia Little Flyers," to be submitted with Player Contract upon selection to team.
* No Releases are required for tryouts
* Financial Releases required only if you are selected for the Little Flyers and played for another Tier 1 organization last year.
* All players are encouraged but not required to attend all tryout sessions.

Girls 16U – The Little Flyers Girls 16U team played a home and home weekend series against the New Jersey Rockets in EJEPL action.  Saturday’s game was in New Jersey on the Rockets home ice with playoff positioning on the line.  Jenna Calchi opened the scoring for the Little Flyers, taking a nice feed from Alexia Poulin and finding the back of the net for an early 1-0 Little Flyers lead.  Early in the third period,  the Rockets were able to tie the game at 1-1 with an even strength goal of their own.  Later in the third period, Little Flyers pressure deep in the Rockets zone opened up the points and Alexia Poulin collected her second point of the game, this time the game winner as her shot from the blue line found its way through heavy traffic caused by Kaila Booth and Jenna Calchi in front of the Rockets crease.  Lea Grassia collected the win in goal for the Little Flyers making 13 saves.

Girls 12U – The Little Flyers Girls 12U team had a tough three game schedule this past weekend, starting with a double header on Saturday against the NY Islanders.  Alyssa Viola put the Little Flyers on the board just ten seconds into the game with an unassisted even strength goal.  Towards the end of the period, the Islanders answered back to take the lead, scoring two goals 90 seconds apart.  The Islanders offense took control of the game in the second period, scoring three even strength goals to head into the third period with a 5-1 lead.  Allyson Dembzynski scored a Little Flyers goal 2:41 into the final period but it wouldn’t be enough as the Islander held on for the 5-2 win.

In game two, the Little Flyers found themselves down 3-0 midway through the first period but, the team never gave up and the offense would get going later in the game to make things interesting.  Samantha Dobrzynski’s goal at the 8:21 mark of the first period cut the Islanders lead to two.  Dobrzynski’s goal came courtesy of assists from Billi Roman and Alyssa Viola.  The Islanders answered back several minutes later, scoring two more goals to end the first period with a 5-1 lead.  Two minutes into the second period it was once again Viola and Roman setting up Dobrzynski for her second goal of the game.  The Islanders closed out the second period strong, scoring two more goals to go up 7-2 heading into the third.  It was Allyson Dembrzynski’s turn to light the lamp in the third, scoring a goal just 28 seconds into the final period to cut into the Islanders lead.  Billi Roman then scored back-to-back goals separated by two minutes to get within striking distance of New York, both of Roman’s goals were assisted by Alydssa Viola.  The Islanders sealed their win with a goal in the final minute of the game to take the game by a final score of 8-5 despite the great comeback attempt by the Little Flyers

In their third and final game of the weekend, the Little Flyers hosted the Lady Patriots.  The visiting Patriots offense took control of the game in the first period, scoring three even strength goals heading into the first intermission.  The Patriots offense stayed hot in the first half of the second period, scoring three more goals to go up 6-0.  Billi Roman scored her third goal of the weekend 6:02 into the second period with assists from Viola and Samantha Dobrzynski.  Down 6-1 in the third period, the Little Flyers couldn’t mount a comeback and fell to the Lady Patriots by a final score of 6-1.

Girls 19U -  The 19U Little Flyers had a great weekend, posting a 2-0 record and not allowing a goal.  In Game one of the weekend, Hannah Gordon held Montclair scoreless with a 21 save shutout.  Cecilia Jenkins led the way offensively registering a goal and an assist in a 3-0 Little Flyers win.  Julia Weiss and Nikki Wood each scored a goal, Lindsey Coffey and Lexi Lombardi each picked up an assist in the game.

Saturday brought the team to an early 7:00 am start in league play at Wintersport in Willow Grove. The girls got the better of the Lady Royals 7-3, with goals by Sha (3), Friedberg (1), Lebel (1), and Klotzbach (2). Clevens got the win in net.

The girls really shined on Sunday afternoon in league play vs the Lady Patriots, at home. The Little Flyers girls became the first team to shutout the Lady Patriots in league action, with a decisive 3-0 win, not only lifting them into second place, but locking their spot in the playoffs.  Allison Sha scored the first two, and Allyson Dembzynski sealed the deal netting the third goal. The Little Flyers dominated their opponent possession wise, and out shot them 27-12. Carly Clevens minded net with another league shutout, stopping all 12 shots. 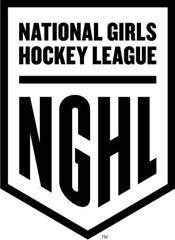 Philadelphia Little Flyers is proud to be a founding member of the National Girls Hockey League.